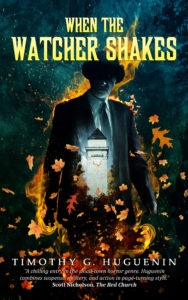 Well, it’s official. The first draft of my fourth novel is D-O-N-E! END_OF_DOCUMENT_TOKEN_TO_BE_REPLACED

My three-year-old niece decided to “read” Little One to my sister, who sent me the video. She is very cute and has some funny things to say about the book. I am using this video with permission from my sister and my niece, but I am keeping their names out of YouTube and this website to protect their privacy. Watch the video below and give it some likes if you want!

Haven’t read Little One yet? My niece is cute, but I would take her words with a grain of salt. Click here for more information about the book and links to purchase.

My short story “The Unknown Thing”, originally published in Beneath the Waves: Tales From the Deep by Things in the Well Publications, has been turned into an exciting podcast episode on Horror Tales Podcast. They were going release it on Halloween, but they just couldn’t wait any longer—so here it is! Click the icon below to see all the episodes, including mine (Episode 4).

Give the podcast a rating and review on iTunes if you have an account there, and it will help this new podcast reach more people.
Max Ablitzer does so much hard work in getting the best and most intriguing sound effects for the podcast and I love how it turned out. I think you will too.

I don’t listen to the radio as much as I listen to podcasts, but most of my favorite podcasts are derived from public radio, so NPR is dear to me. And they are piling on some major bonus points. Having polled readers for their favorite horror novels and stories, judges who are well-known within the horror fiction community sifted through the results and whittled them down to an expertly curated list of one hundred! Find them here and figure out what you need to add to your reading list. I’m happy to say that one of the works I nominated made it to the list: “The Repairer of Reputations”, which is one of my favorite short stories and the first in Robert W. Chambers’ unforgettable classic collection, The King in Yellow. 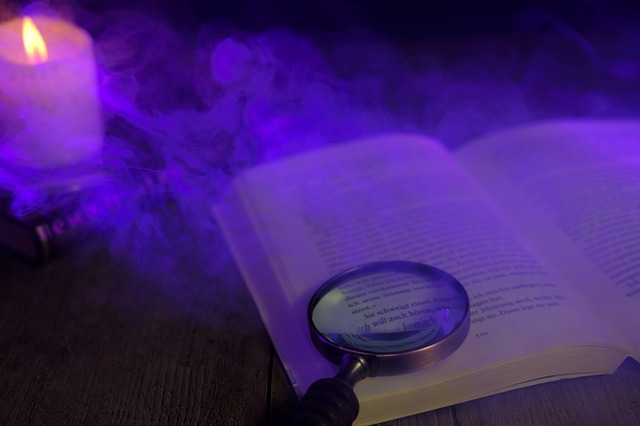 Good things: 1) My water is running again! and 2) Little One reached my ranking goal for tonight, as you can see from the picture:

Thanks to everyone who helped me get the word out, and thanks ESPECIALLY if you bought my books! I hope you love the stories.
But the #snowpocalypse2018 sale isn’t over yet, even if this #bombcyclone is done past, so if you know of any other Kindle lovers needing some horror, pass the word along! It would be pretty cool to get into the Top 10 of any subgenre category in a couple days. I know Amazon’s lists can change rapidly, in either direction. Hey, it’s a fun ride while it lasts, maybe we can hold on a little longer.

Click here to buy WHEN THE WATCHER SHAKES for $0.99

Another podcast recommendation! Listen, I got so excited about H.P. Podcraft because I had just discovered it, and then I later realized that somehow I haven’t told you guys about one of my favorite standbys, Crime Time Podcast.

I first found out about Lee and Eddie’s podcast focused on crime and horror fiction when they interviewed Ian Rob Wright, a popular self-published horror author (who has quite a bit of free stuff over at his website). They’re two Australian girls that just, you know, talk about crime fiction and horror. They’re pretty funny, and like the guys over at the H.P. Lovecraft Literary Podcast, often point me towards new stuff I hadn’t had on my radar, and also often discuss other books and authors I already know and love, so every couple weeks I end up bombarding their twitter with comments relating to the episode I’m listening to (sorry girls). They usually respond, too, so it’s like, I feel like we’re best friends that I’ve never even met. (Well, I don’t know if they would say I’m their best friend, maybe more like that annoying kid that follows you around everywhere and won’t shut up.) For a while I would get confused because for some reason I couldn’t tell the difference in their voices, but I’m just now finally starting to pick out the one from the other. They say they even have different accents, but all Australian sounds the same to these American ears. But they say cool Australian things, like “good on ya” and other things that you are only allowed to say if you’re Australian. I wonder if they like vegemite…
I want to take this moment to share with everyone that there is an Australian member of my own family:

This is Canaan, my wife’s Australian cattle dog. So you see, I love Australians. Here’s another:

Anyway, where was I? Oh yeah, Crime Time Podcast. Go check it out, if you love Australians or if you love crime or horror fiction, or both. As they would say, “get amongst it.”