The leaves have been fantastic around here the last few weeks. We’ve had some beautiful blue-sky days lately, though they have been a bit warmer for my tastes. Even though I’ve been going through some really hard stuff lately, I’m doing my best to get out and enjoy the greatest season in West Virginia. I even got me a brand new set of overalls. END_OF_DOCUMENT_TOKEN_TO_BE_REPLACED

My short story “The Unknown Thing”, originally published in Beneath the Waves: Tales From the Deep by Things in the Well Publications, has been turned into an exciting podcast episode on Horror Tales Podcast. They were going release it on Halloween, but they just couldn’t wait any longer—so here it is! Click the icon below to see all the episodes, including mine (Episode 4).

Give the podcast a rating and review on iTunes if you have an account there, and it will help this new podcast reach more people.
Max Ablitzer does so much hard work in getting the best and most intriguing sound effects for the podcast and I love how it turned out. I think you will too.

I just got back from mountain biking, all sweaty and muddy, and before my shower had to check the Amazon rankings… Number 8 in the Mystery/Thriller/Suspense Short reads! 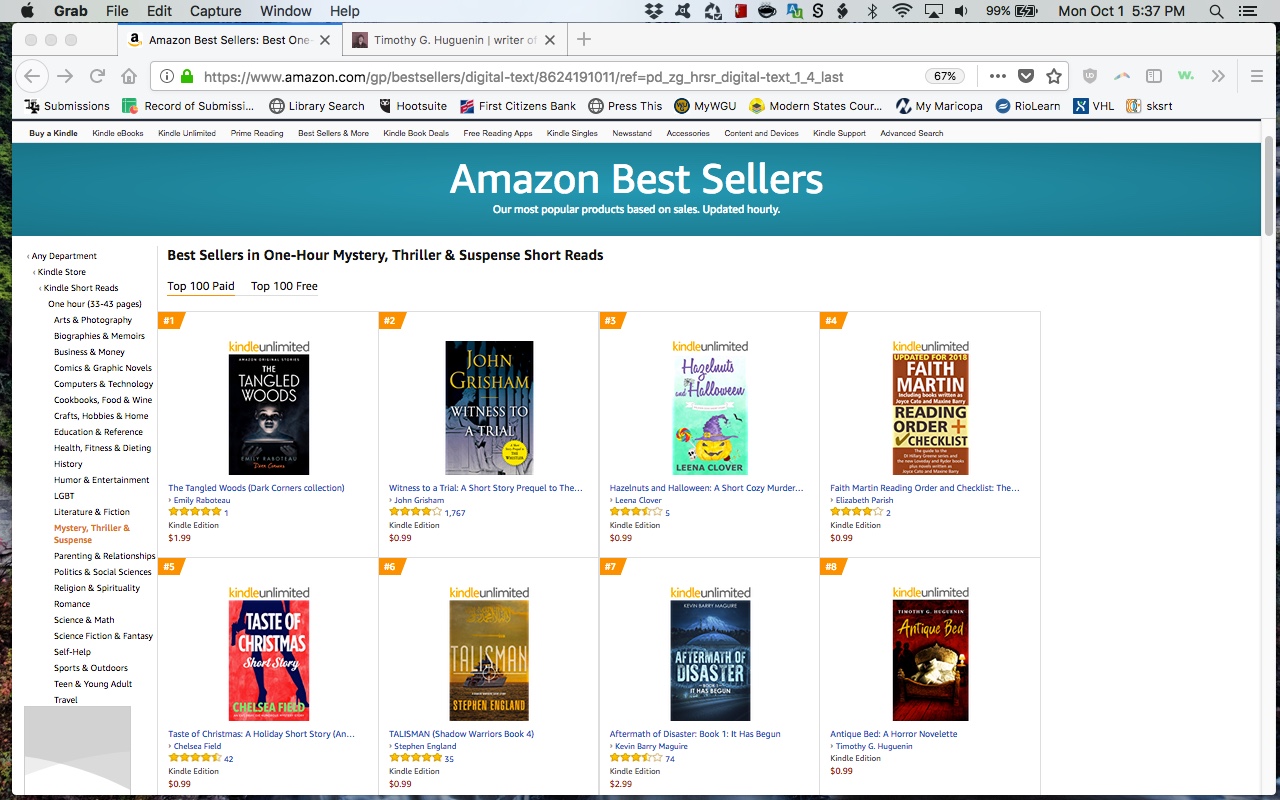 Pretty great! I have to stop obsessing over it though, so I’m done checking for the evening (I hope). Hopefully it will stay up there for a while and people might notice.

Surprise! Today you can buy my new Kindle-only novelette, “Antique Bed” for only $0.99! Tell your friends, your enemies, your pets… 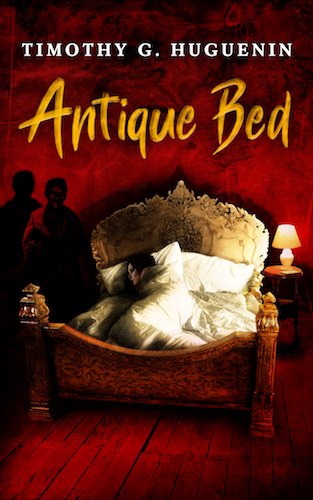 As kids we always used to say that the old hardware building was haunted. I don’t believe it no more—at least I don’t think so.

END_OF_DOCUMENT_TOKEN_TO_BE_REPLACED

In December we met poor Fischer, a boy with some disturbing body troubles living in Augustus Valley, WV (“Fischer’s Mouth”, Hinnom Magazine Issue 004). In April, we were sucked under the mighty Augustus River with Charlie the river guide and despaired at what he found beneath (“The Unknown Thing”, Beneath the Waves: Tales from the Deep). This summer, travel back in time to 1927, when Augustus Valley was at its height as southern West Virginia’s coal mining capital. Meet Anna Sullivan, new mother and wife of Jim Sullivan, the young new station agent at the C&O Depot. Mrs. Sullivan loves her new house provided by the C&O and is proud of her husband’s position. But as we have already learned, and as Anna discovers, sooner or later things get weird in Augustus Valley. Sure, you can try to ignore it…

Read “The Station Agent’s Wife, 1927” in Hinnom Magazine Issue 007. The Kindle version is now available on Amazon for pre-order, and the paper issue should be available soon after the Kindle version goes live.
UPDATE: as of 6-30-2018, both versions are available to purchase and read! go get it! Also, read their interview with me here!

The new issue also features poetry by Adam Bolivar and Deborah L. Davitt, as well as short fiction by Sarah Gribble, Pete Rawlik, and David Turton. As always, up to date reviews and interviews regarding current trends and authors in horror are inside. See the cover and complete TOC at the Gehenna & Hinnom Books website. I’m honored to be in company with these cool cats!

Beneath the Waves – Tales From the Deep is now available in paperback! Dive in and encounter “The Unknown Thing” along with fiction by Clive Barker, H.P. Lovecraft, Lee Murray, Brian Lumley, and many more.
And for a few days, Beneath the Waves is at a special introductory price of $16. Click the image below and snatch it before it goes up to $22.

“The Unknown Thing” will soon appear in Beneath the Waves – Tales from the Deep, the next volume from Steve Dillon’s Things in the Well anthology series. Fans of my previously published short story, “Fischer’s Mouth” (Hinnom Magazine Issue 004, Dec 2017) might recognize this new story’s setting: the mighty river that runs through Augustus Valley, West Virginia. Can anyone bear witness to what sleeps beneath those churning waves and live?

Beneath the Waves will be available this April. Keep an eye out on my blog, the Things in the Well website, and their Facebook Page for more news and illustrations that will be included in the anthology. Until then, check out the rad cover and peruse the TOC: 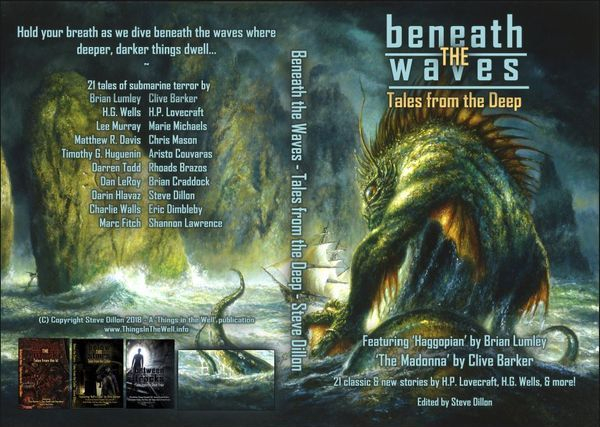 Howdy everyone!
I’ve been a little slow on my blogging game (what’s new), and though I’ve lazily reblogged the announcements from over at Gehenna and Hinnom Books, I haven’t taken the time to personally tell you about my new short story, “Fischer’s Mouth”, that appears in December’s Hinnom Magazine Issue 004.
It is a pretty weird story, one of the strangest I’ve written so far. Of course I’m not going to give much away. However, I did talk a little bit about the story and what inspired it in a recent Author Spotlight interview with G&H, which you can find here:
https://gehennaandhinnom.wordpress.com/2017/12/29/author-spotlight-timothy-g-huguenin/
Grab Hinnom Magazine in Kindle or Paperback by clicking the image below: