Emily and I recently took a quick weekend getaway to historic Berkeley Springs, WV. Located in the eastern panhandle, its warm mineral springs became a huge attraction as our country was started, leading to its founding in 1776 by George Washington as America’s first spa. Its original name was "Bath," meant to be a competitor of sorts to the English city of Bath in Somerset. While I’ve never been to its English counterpart (based on a quick Google, Somerset’s Bath looks much more impressive—sorry, Berkeley Springs), we did enjoy our short stay at the historic Country Inn as well as our appointment at Berkeley Springs State Park’s heated Roman Bath House. There, for a period of time you can reserve a private heated pool of natural mineral water all to yourself, or to yourselves, if a couple, like Emily and me. Emily chose to wear a swimsuit, but wanting to get the most out of the experience, I of course went in "full Roman," a phrase I came up with when we got there, which I’ll leave you to interpret for yourself.

So, for obvious reasons, there are no pictures of Emily and me in the bath. However, I do have pictures of this cool little Edgar Allan Poe figurine we found at Jules Enchanting Gifts just across the street. Check out this neat little guy!

END_OF_DOCUMENT_TOKEN_TO_BE_REPLACED

I have signed with Bloodshot Books for my novel Schafer, to be released in 2021. 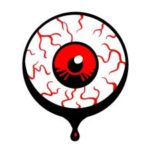 A not-so-quick update on my work for those interested. Bigfoot, Poe, vampires, mill stones, hypnotists, and Christmas trees all referenced below.

END_OF_DOCUMENT_TOKEN_TO_BE_REPLACED

Since Halloween is soon upon us, it doesn’t surprise me that this video has been going around recently: Christopher Walken reciting Edgar Alan Poe’s “The Raven”

I cut my literary-horror teeth on Poe; in fact, Poe has been a huge influence on my own writing (as is the case, I’m sure, for almost every modern American horror writer). I even hesitate to say that I love this poem, because it is so commonly known and admired that I feel like I’m a cliche for doing so–as if, to retain some sort of literati street cred, I should turn my nose up at this one and tell you that that you should really read this other obscure Mesopotamian or German or Norse poem, or whatever (but really, if you like Poe’s fiction, you should check out Johann Ludwig Tieck). But I’m not that well-versed, and even if I were, I would probably still love “The Raven.” And who wouldn’t (besides Emerson)? Beneath the dark and haunting imagery is a genius rhythm that plants those lyrics deep in the cracks of your brain (the rhythm he likely borrowed from Elizabeth Barrett Browning’s poem, “Lady Geraldine’s Courtship,” but that one is almost four times as long, and a chick flick besides). “The Raven” was like a creepy 19th century rap song. So, for your viewing and listening pleasure, here some more readings of “The Raven” I found on YouTube.
http://youtu.be/yb-hwaKWx7I
I like to listen to the next one and imagine Mufasa reading “The Raven” to Simba at night:

The following video is actually my favorite out of all of these. I love the animation, and it makes a lot of sense to precede “The Raven” with Poe’s earlier “Lenore.”

I hope you enjoyed all this poetry as much as I did! (See what I did there?) Let me know in the comments which one was your favorite, or if you know of any other good ones out there! And don’t forget to join my email list!

are you kidding me rn?