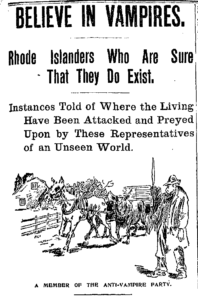 When people ask me for my favorite books (or when I volunteer the information unsolicited), some are surprised when I suggest Richard Matheson’s I Am Legend. They are even more surprised when I tell them it is probably one of the most unexpectedly profound books I’ve ever read.

I Am Legend has been adapted for the screen time and time again, with the most recent (and probably most popular) version starring Will Smith hitting the big screen in 2007. I’ve always liked post-apocalyptic sci-fi movies, and this one came out at a time where my interest in that genre was probably at its peak.

The book (and any other previous film versions) was totally off my radar until years after I saw the Will Smith movie. This was probably for the best, since it allowed me to enjoy the movie without having the high expectations many readers have when they see a film adaptation of their favorite novel. So when I found the graphic novel in a local bookstore, I immediately bought it and read it in an afternoon. Then I realized that there was an actual novel out there (you know, like, the kind with more words than pictures), so I ordered it from Amazon and read it in a couple of days. The edition I have contains I Am Legend followed by ten other of Matheson’s short stories (you can find a link to its Amazon page at the end of this post). The title story is only 170 pages, so it doesn’t take long to read.

Chances are good that you’ve seen the movie, so you may be expecting the book to be about a man who is for some reason immune to a virus that turns most of the world’s population into violent zombie-like creatures (If I remember right, I Am Legend was a zombie movie before zombie movies were The Big Thing). He has to kill his dog, and all the moviegoers cry. He thinks he’s the last man on earth until he discovers a woman and her kid, and in the movie’s Messianic climax, Will Smith’s character sacrifices his life to let the woman and her child escape the zombies and flee to a haven of other survivors.

A lot of the book’s power is hard to explain without giving away the ending, but I’ll try to do the best I can to keep from spoiling it all for you.
For starters, this is a vampire book, not a zombie book (Richard Matheson was doing vampires before vampires were The Big Thing). And no, the vampires don’t sparkle or make teenage girls fall in love with them. In the beginning, they do what vampires are generally supposed to do–suck your blood and try to make you one of their own (though there are certainly some marked differences between these vampires and Bram Stoker’s darker, occultic vampire archetype, Dracula).

Also, this is more than just a vampire book. Like I said, I Am Legend is actually has a message that is quite profound. Yes, it deals with importance of human companionship and the psychology of loneliness, a theme on which most of the films seemed to focus. And yes, there really is a dog in the book, and it dies, and all the readers cry. At its heart, though, I believe this story is about how we overlook our own flaws while we demonize the people we don’t understand. While the movie adaptations pose Neville as the impeccable good guy versus a world full of inhuman monsters, Matheson’s story twists that around and challenges you to consider that your own heroes and monsters of legend may have more in common with each other that you realized.

I think the final paragraphs hold some of my favorite last lines in literature: (SPOILER WARNING–if you’re like me, you won’t want to read this without reading the rest of the book first!)

A coughing chuckle filled his throat. He turned and leaned against the wall while he swallowed the pills. Full circle, he thought while the final lethargy crept into his limbs. Full circle. A new terror born in death, a new superstition entering the unassailable fortress of forever.
I am legend.

0 thoughts on “Reading List: I Am Legend by Richard Matheson”